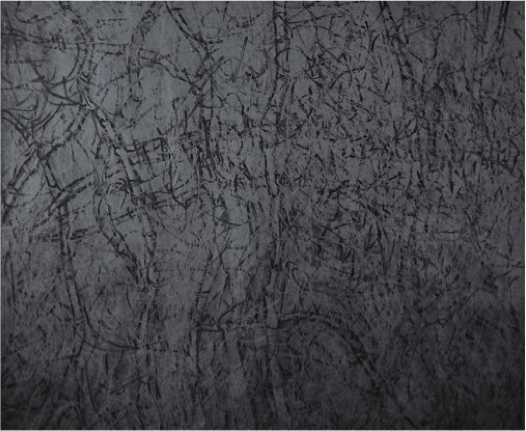 Eleonora Tammes, “rewriting their own destiny,” 2016.

SOHO20 was pleased to present Works on Paper, an exhibition of works by artist Eleonora Tammes. This series both looked back towards the white paper, as the origin of a work, and outwards into the darkness, as the entangled, laborious final creation. In a process of reworking the form, her work continually confronts its own past. Subtle details and shades emerge as Tammes explores how the traces of each image remain visible in subsequent layers. Mostly created with graphite, eraser and paint-marker, these works record the physical and emotional forces that compete to create influence and boundaries.

“Tammes’s art is one of density, her work is so packed with content that it continues to unbud and flower in the viewers mind long after he is no longer in its presence. Her paintings do not solicit viewers with the seduction of tactility. Tammes seems to be documenting, with an almost scientific objectivity, an organic process, which is simultaneously an evocation of some aspect of nature experiencing stages of its life cycle. Tammes’s approach requires one to probe in the manner of a time traveller who must penetrate the surface in front of him in order to glimpse the backstory. One message of the layering method is that the surface ( the Present ) could not exist without what it covers in other words the Past. The effect is one of timelessness and limitlessness. Tammes’s paintings laugh at the concept of “frame.”

Dutch artist Eleonora Tammes earned her MFA from the Gerrit Rietveld Academy in Amsterdam, the Netherlands, where she studied painting, drawing, graphics and art history. Following her formal training, she undertook extensive travels. Eleonora Tammes has exhibited her artwork in England, the U.S.A., Switzerland and throughout the Netherlands.