< back to RECENT WORKS 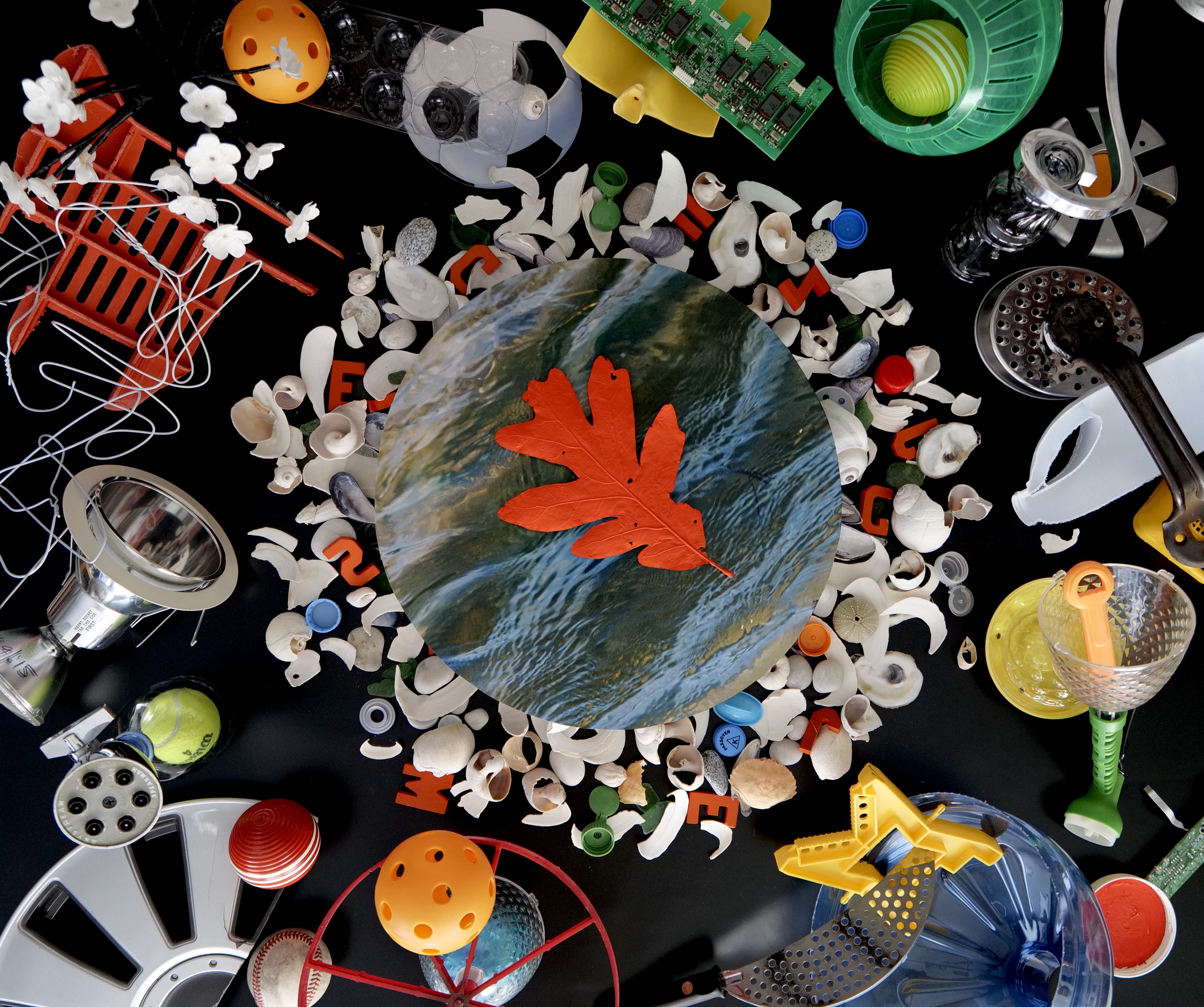 This photograph continues my Climate Change Project which I began in 2004. I have been examining the conflict between the natural world and the effects of Climate Change. Plastic trash has been my symbol of the struggle. My photographs portray plastic at war with the elements of nature. From space our planet has been called the Blue Planet, shown here by a circle of water surrounded by shells and some bottle caps. The orange oak leaf suggests fires and increased heat, while structures and clusters of space trash float through the dark sky.

- Susan Hockaday on The Blue Planet