back to the +/- Project Space 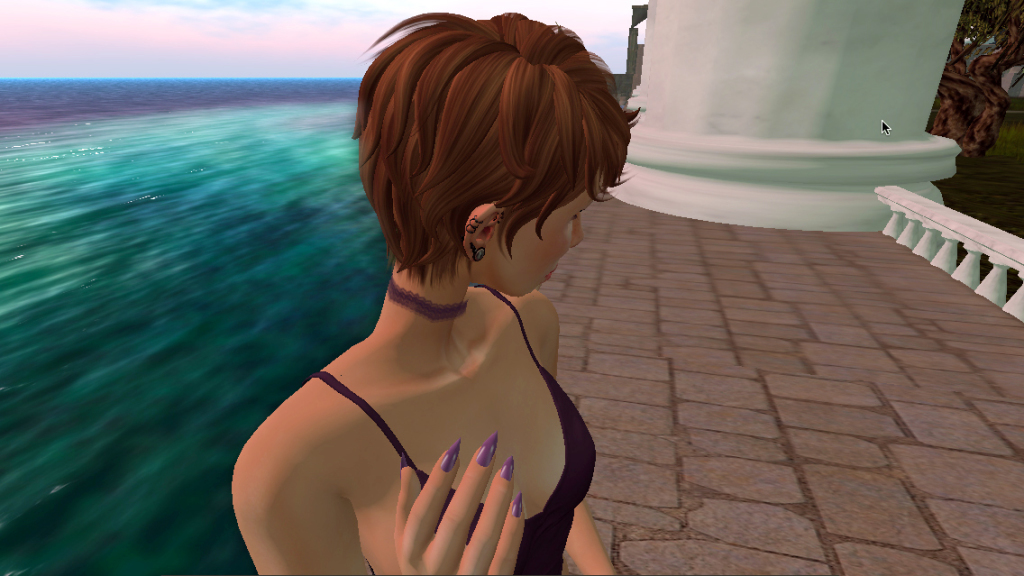 SOHO20 is pleased to present Linqox Criss on The River Ilissus, by artist Amanda Turner Pohan for the +/- Project Space.

This project is the second iteration in a four part series of installations that follow Linqox Criss – a female presenting avatar created in 2005 by a queer, cis-male user in the online world Second Life. At its peak, Second Life was robust with 21.5 million users, which has since dwindled to 60,000. Linqox Criss has since remained in the purgatory of digital ghosts within the server room, a revenant detached from the body of her user.

For Linqox Criss on The River Ilissus, the avatar has been reactivated and teleported to the Second Life location known as ‘Ancient Greece’, where she encounters Phaedrus, another avatar, who narrates the origin story of the cicada – a cautionary tale of pleasure and obsession, as told to him by Socrates. A ubiquitous symbol of immortality, the cicada finds a mirror in the digital perpetuity of Second Life, where avatars can be created but never die.

Expanding on how gender can be perceived vocally, Linqox Criss is embodied in the voice of artist Oli Rodriguez, a queer trans man whose hormonal balance has been altered by testosterone. The voice of Phaedrus is played by Amanda Evans, and includes her original translation in ancient Greek of the Platonic myth, creating a parallel between the dead language and the computer code that has allowed for the generation of this online world. The video also features an original score by vocalist Kamala Sankaram – an interpretation of the continuous drum of the cicada’s song. Through this project, Pohan plays with both the definition of gender, as well as the definition of a body – what it is to be assigned or assumed, and blurring the physical and conceptual limitations of each.

In physical space, the installation has rotated 90 degrees counterclockwise from its original incarnation. The EconoFlex™ C55 Medium-Firm Foam block that was previously a bed has become a column, and stands erect opposite a screen – the portal into Linqox Criss’ world. A column of warm, scented air emerges from an HVAC vent – the perfumed formula of which was developed from an algorithm of Lincox Criss’ HTML code, using hypothetical bodily metrics as a stand-in for physical empathy. In another room, the shell of a cicada is covered in the dust from a pulverized LCD computer screen monitor, a sacred offering to close the loop between the digital and mythological.